Every entrepreneur has a story to tell, a yarn to spin about how the business started—what particular combination of courage, smarts, pluck and plain good luck it took to get his or her idea off the ground.

But Patty Phillips might just have the best story of all. She started her pizza manufacturing empire because of her desire to be a professional polo player!

Whoa … let’s start at the beginning.

“I was in love with polo, and I was pretty good,” she said. “I played so much that pretty soon it was obvious I needed to get my own polo pony, so I saved up $50,000 to buy a couple of ponies.”

But in her day job, Patty had done a marketing study that looked at trends, and she took note of changing habits and needs. She saw that with more working women, there was likely to be an expanding need for food already prepared and ready to eat, so Patty came up with the idea of gourmet take-and-bake pizza— “Something really good, and easy for people to pick up and take home.”

Instead of the pony, Patty took her $50,000 and opened her first restaurant in 1988 in Beverly Hills.

Looking back, she marvels at the moxie it took. 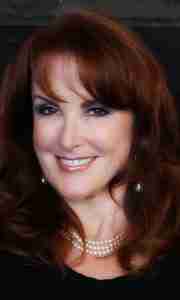 “I came up with this idea, but I didn’t have any food experience,” Patty said. “So I just decided to take my money and go for it. My dream was having 600 stores all over the country, of being able to hire the physically handicapped and mentally challenged, to create all these jobs, and then to go play polo full time.”

It didn’t quite work out that way.

“I had never been in the restaurant business, so I paid someone to teach me,” she said. “I had so much to learn. I did it all … my own prep, cleaning, my own books. I worked from morning to midnight every day, and it was two years before I had a day off.”

Not much time for polo!

“But with everything in life, you have to go with the punches,” Patty said. “It was much tougher than I ever thought. But I’m very tenacious. I’m not willing to quit. I was willing to do whatever it took to make my dream and concept come true.”

Three years later, she opened her second location of Patty’s Take and Bake in Santa Monica on Montana Avenue between 6th and 7th. She later opened two more locations, which she sold in 2004.

It was during that early time that the seeds for Patty’s future wholesale success were planted. It turns out she had a fan in Roger Pigozzi, then executive chef at the Biltmore in downtown L.A.

“He came by one day, and said to me, ‘You have the best pizza I’ve ever had! Can you sell them to me?’ So every morning, I would go into the store and make pizzas for him, drive them to the Biltmore, and then drive back and open the store and work there all day.”

Ever one to pick up on a need, Patty took note of the wholesale idea and expanded it. She recalls a funny early meeting with Cliff Delorey, then executive chef at the Marriott Hotel in Century City. She arrived there dressed in shorts and tennis shoes, carrying a couple of her pizzas.

He said, “Patty, did you just make these?”

She responded, “Yes, how did you know?”

It turns out she was covered in flour! She made quite an impression, though.

“He gave me my first big break,” Patty said. “I got into the Marriott chain because of him.”

Cliff also taught her a key skill—how to parbake the crust, so it holds up longer. Before that, she had been making everything on the spot, fresh. With a parbaked crust, she could partially bake it ahead for mass production or freezing.

“Once I got the baked crust, I was able to mass produce in bigger volume, and then I got a distributor,” Patty said.

With Patty, everything is born of a need.

Ideas for new pies come from a variety of sources, including customers, employees, trend-watching and tweaking. “We’re always open for ideas and suggestions,” she said. “We love to play!”

Patty won’t share her secret crust recipe, so don’t even ask! She will say it is made of natural ingredients, uses unbleached flour, and undergoes a long, slow 12-hour proof, which enhances the flavor of the dough. She discovered the recipe while traveling, thought it was the best pizza dough she had ever had, and promptly paid the man who made it to teach her how. He spent two weeks with her helping her perfect it. And of course, since then, the original recipe has undergone tweaks for production needs.

Although Patty never makes pizza at home (it’s easier to bring it home from the “office!”), she does have some professional suggestions for at-home pizza makers. “The nice thing about a pizza is you can pretty much put anything on it and make it great. It’s like a canvas and a painter,” she said.